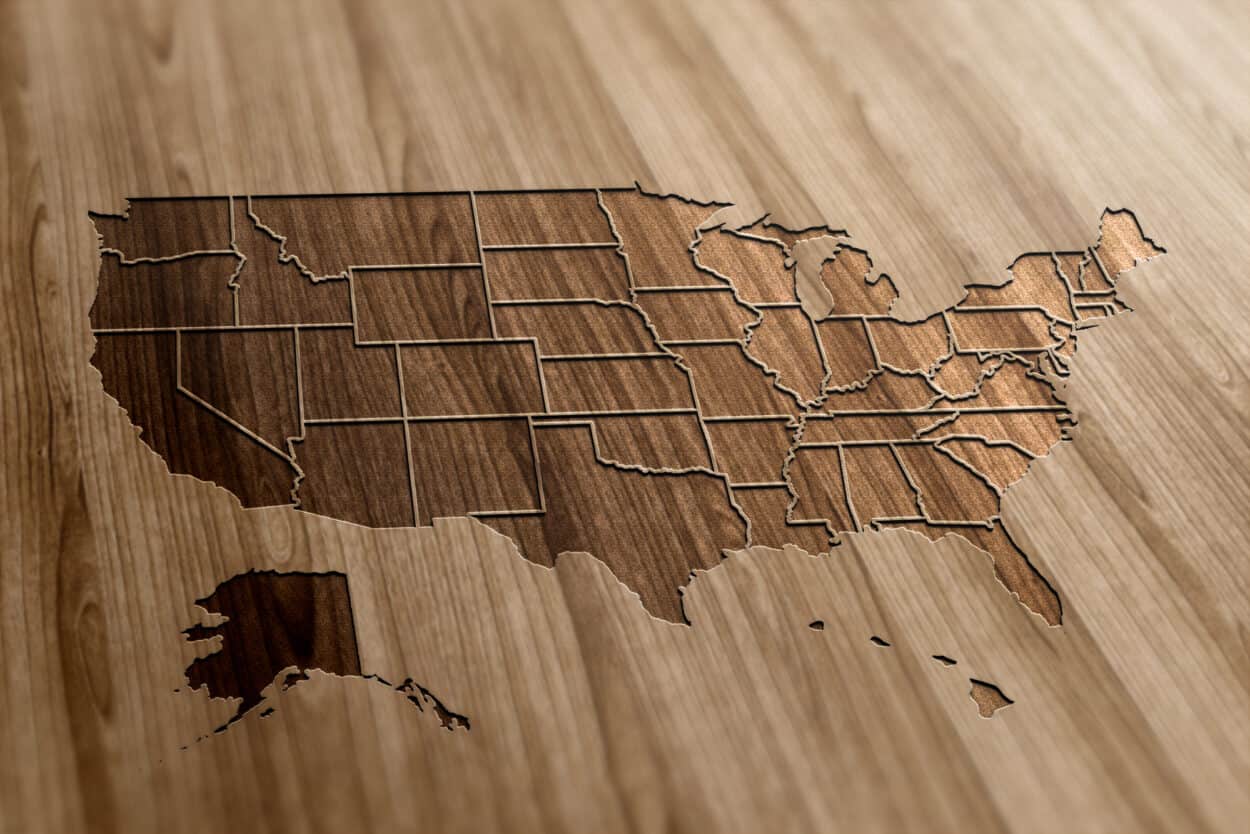 The great American road trip is an institution as old as the highway system. The country is a fantastic place to explore on four wheels, and every serious traveler should experience going from one end to the other at least once.

But I’m sure you already know that. You’ve already made up your mind to see this great nation from the driver’s seat of an automobile. However, you still need to answer a very important question.

When is the best time of year to go on a cross-country road trip?

Generally, late Spring or early Autumn is the best time to start a cross-country road trip, but it ultimately depends on your route. You’ll have much more flexibility in the American South than in the northern part of the state. With that being said, you can make almost any time of year work.

That gives you a general idea of what timeline you’re working with. However, let’s explore each season and provide some context about which times of year prove more difficult than others.

Rolling with the Seasons

While not always the case, how north or south a place is largely dictates the kind of seasonal weather it experiences. This intuitively makes sense — it’s not controversial to state that Alaska is colder than Texas.

Similarly, I would never advise setting out on an Alaskan road trip in December — at least not without ample preparation, suitable gear, and relevant experience. So when I provide guidance on how to handle each season, just know that climates vary across the country.

With that being said, I’ll call out when special consideration should be taken for a given location. Now, let’s dive into each season to help provide some color about when to leave on your big trip.

Many people shy away from undertaking a winter road trip. On one hand, I completely understand — the added risk of inclement weather certainly makes things more dangerous.

Not to mention, lack of snowfall often means looking at depressing scenes of forests without leaves and unhealthy grass. Huge swaths of the country are simply ugly during the winter.

However, there are many places in the United States still suitable for road trips in the winter months.

For a general way to determine suitability, simply pick a latitude lower than the bottom of Kansas, and there’s a good chance you’ll avoid snow and still have plenty to see. Additionally, Southern Utah, Nevada, and California can all offer a proper road trip experience between the months of December and March.

In fact, there are even more options than that. Stick around until the end, where we compile a huge list of ideas.

Some folks are probably wondering whether or not it’s safe to go on a road trip in the dead of winter.

Generally, winter weather will cause many challenges to your road trip. Black ice, reduced daylight hours, and frigid temperatures mean you should pay constant attention to road conditions. However, you can safely travel by car in the wintertime as long as you have snow tires/chains, a winter car kit, and proper experience.

With that being said, leaving in the wintertime does increase the likelihood that you will encounter inclement weather and adverse conditions. The Department of Transportation states that “Over 1,300 people are killed and more than 116,800 people are injured in vehicle crashes on snowy, slushy or icy pavement annually.”

It’s worth taking extra care so you don’t end up as one of those statistics.

As the snow melts and the plants start coming alive, it’s tempting to grab your keys and go out on the road. But is spring really the best time to leave for a road trip?

Unfortunately, many of winter’s concerns carry over far into spring. Take Denver this past May for example:

“There will be snow for most of the area Tuesday morning, making for a tough commute. Some light accumulation is possible over portions of the plains, and the Palmer Divide could get another four inches of snow.”

As you can see, challenging weather can extend well into the spring months.

With that being said, that totally isn’t a reason not to take a spring road trip. Many places come alive in the spring and you’ll have adequate warning for any large snowstorms. Sure, bring chains for your tires and carry along your winter car kit, but don’t let remote possibilities for snow impact your plans.

We’ll get into where to go on a road trip in the spring shortly. But generally, it’s all about going places with beautiful blooms and a variety of wildlife.

Summer is the season of long days, sunshine, and sometimes bitter heat. Everything is green and lush, and the kids are out of school. This is certainly vacation season and the roads (and prices) reflect this truth.

Personally, I love taking road trips during summer, for a few reasons:

However, I completely understand why some folks would be repelled by the idea. Crowded attractions and sweltering heat is a major con for a great many travelers.

With that being said, there are some amazing road trip destinations during summertime and mild inconvenience is a poor reason to skip them.

Last but not least — Autumn (also known as Fall). Instead of new life blooming, everything is winding down in preparation of the winter to come. This results in spectacular colors emerging in forests across the nation. Like a wave from north to south, inspiring reds and oranges slowly drift across the countryside.

This makes perfect road trip conditions. I recall traveling along the Blue Ridge Parkway in late October a few years back. The views were breathtaking and I would recommend it to anyone.

With that being said, there are some challenging regions to drive on depending on the time of year. For example, the Mountain West has had snowfall as early as September. While not common, you’ll want to keep an eye on the weather report with the same vigilance as in Spring.

One other word of warning — fallen leaves create very slick conditions on roads. It’s not as bad as black ice, but it can be a large hazard.

Ideas for Places to Go

Rather than rehash what many other people have posted, I’ll just share some great road trip resources I’ve found in my research. There’s enough here to keep you busy for a long while. 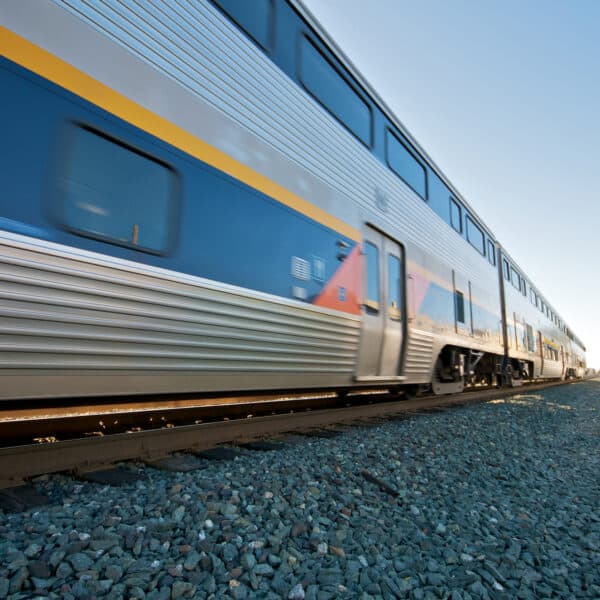 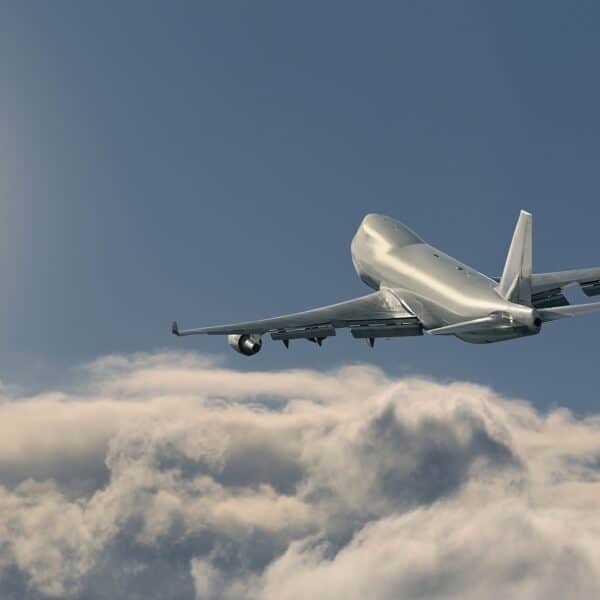