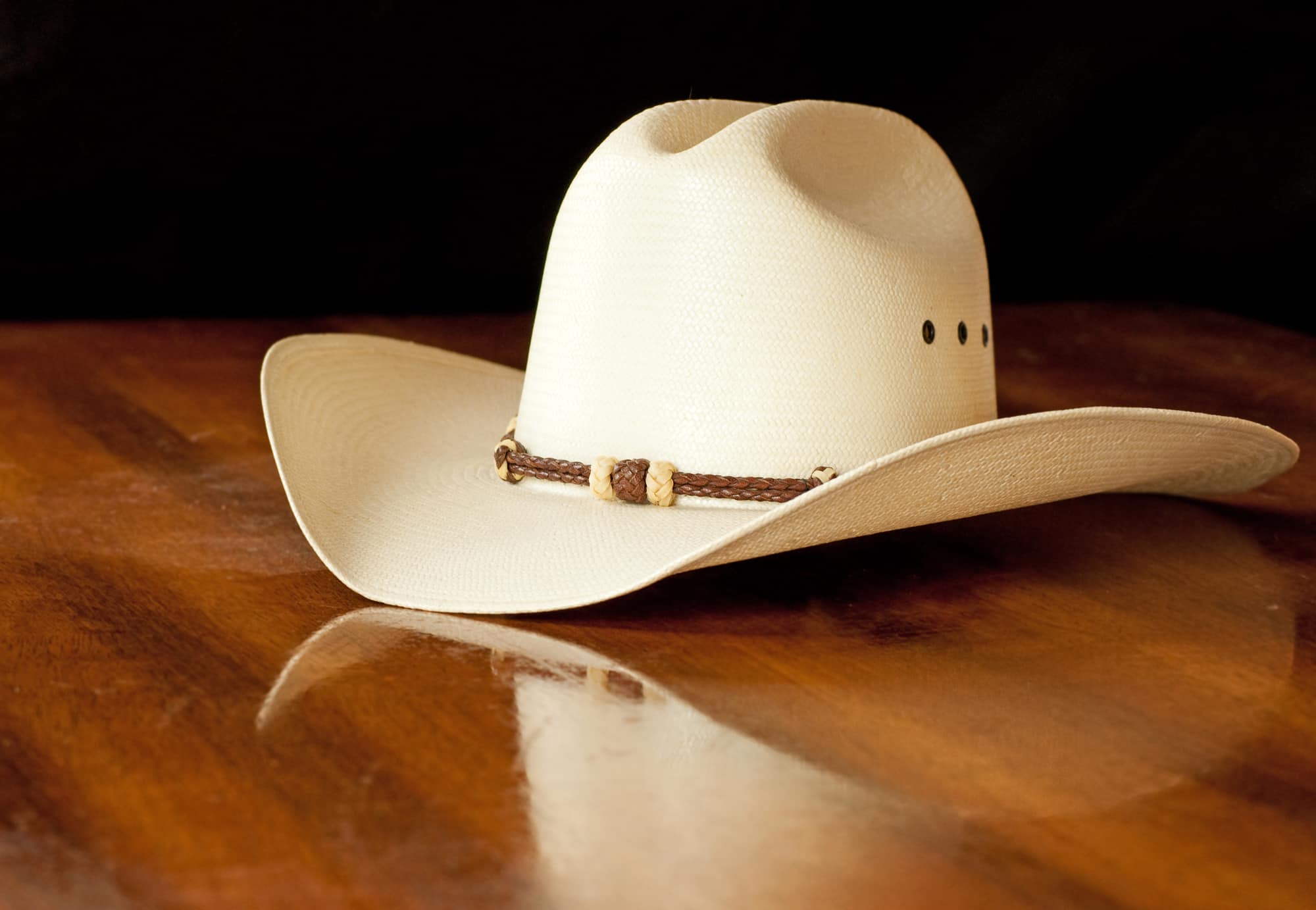 Travel days fuel anxiety because of the restrictions around flying with different items. Flight restrictions can leave you wondering about bringing basic items onto an airplane and hats are no exception. In fact, many folks love to wear hats and like Burt Reynolds in Smokey and the Bandit, rarely take their hat off. This isn’t … Read more 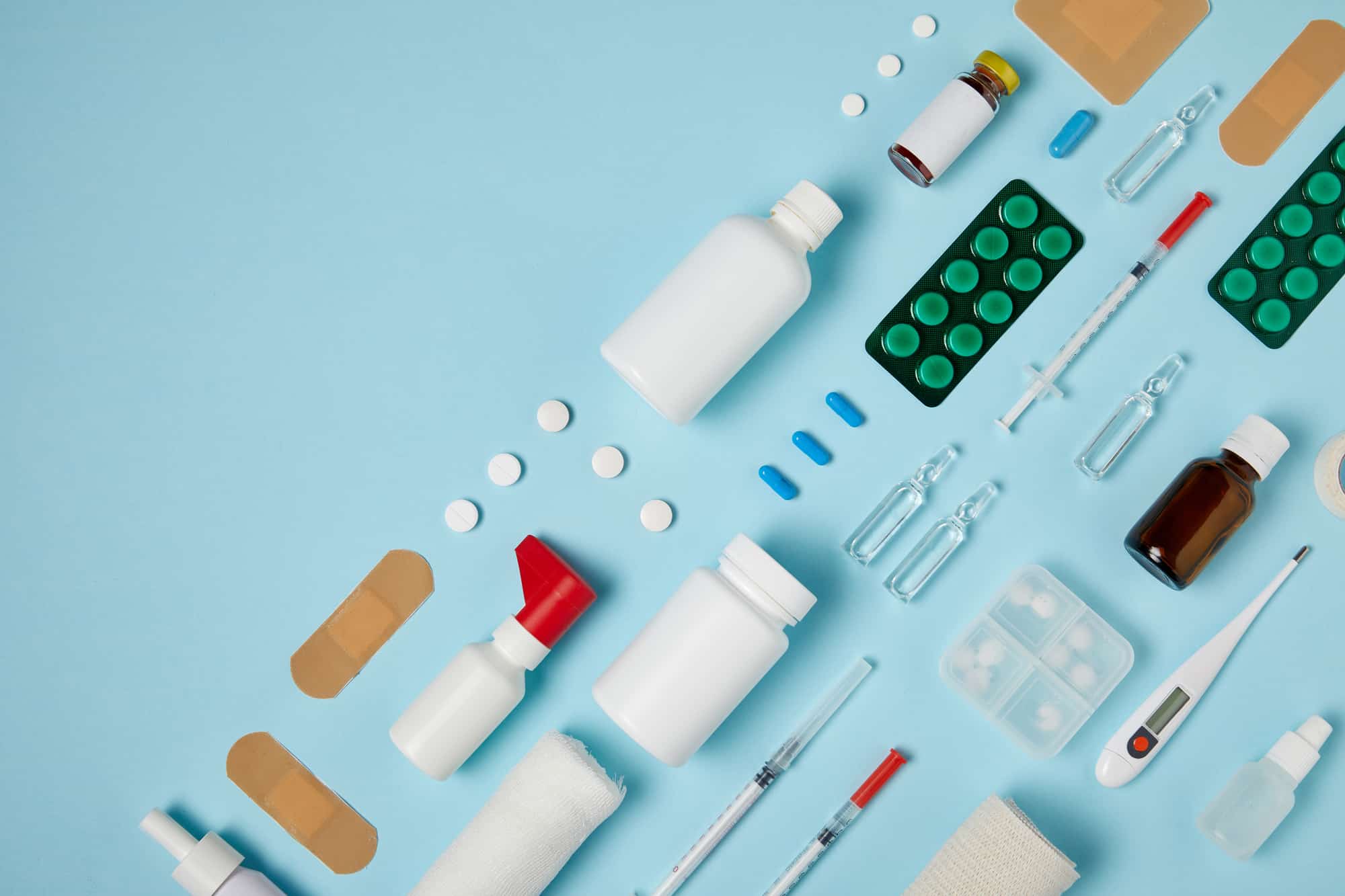 For people that don’t travel very often, the TSA security line can be a stressful place. It seems like every airport has a slightly different procedure and other travelers can be less than kind when passing through. This ordeal is often even more stressful when attempting to carry through atypical items.

Generally, you can travel on an airplane with refrigerated medicine and associated supplies (such as syringes and ice packs), but you may be subjected to additional screening in the TSA security line.

Let’s explore the issue further and uncover some tips and tricks for getting your medicine through without incident or issue. 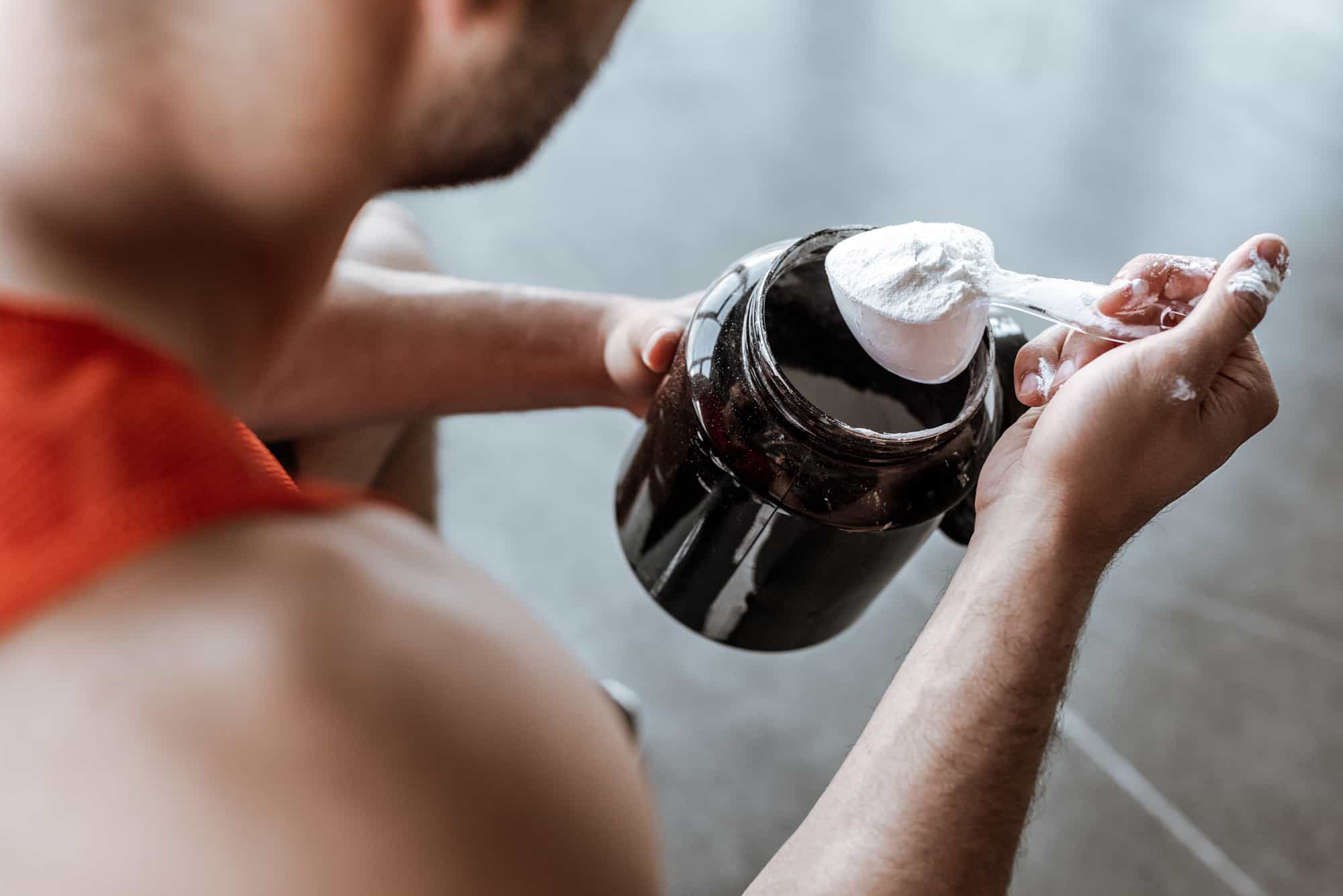 When I lifted regularly, I always made sure to drink two thick protein shakes per day to get my necessary macronutrients. I aimed for 1g of protein per pound of lean body mass, which for me ended up being about 160g. At the time, I went through a lot of protein powder.

As a result, I’d buy it in bulk and keep it in airtight containers. And luckily for me, I didn’t travel nearly as much as I currently do. However, there were occasions when I needed to fly for business and didn’t want to interrupt my training regimen.

For those occurrences, I would pack my protein powder with me on the trips. Since you’re here, it’s a safe bet that you’re interested in doing the same. You came to the right place to learn about traveling with protein powder.

To get a more thorough rundown of how to travel on an airplane with protein powder, keep reading and we’ll dive in. 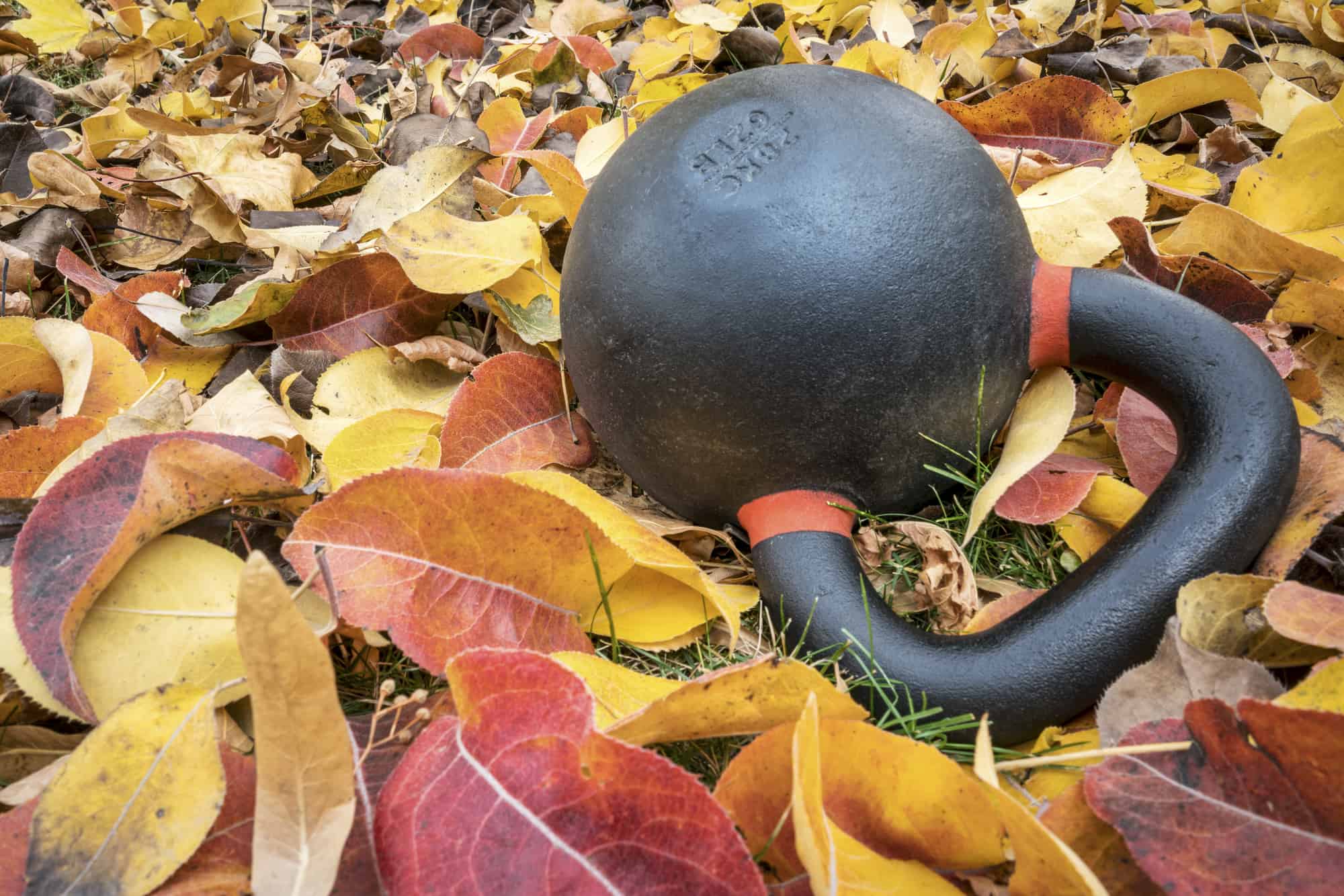 I’ll admit, I don’t work out nearly as much as I did when I was in my twenties. When I do, it’s a lot less based around strength training than it used to be. However, back when I used to hit the gym often I loved training with kettlebells. You can do so much with them, and swings were my absolute favorite.

It makes sense why so many people are tempted to take these heavy but reasonably compact fitness tools with them while traveling. Gently placing them in the back of your SUV for a road trip is one thing, but what about when you want to travel by air? Can you really bring a kettlebell on an airplane?

You can check your kettlebell on an airplane, provided it falls within your airline’s weight guidelines — most require baggage to be less than 50 pounds (22.7 kg). With the kettlebell often damaging the bag itself, many people find this to be more trouble than it’s worth.

With that being said, many people travel with kettlebells in tow each year. Let’s dive into each of the considerations so you can determine whether or not it’s something you’d like to do. 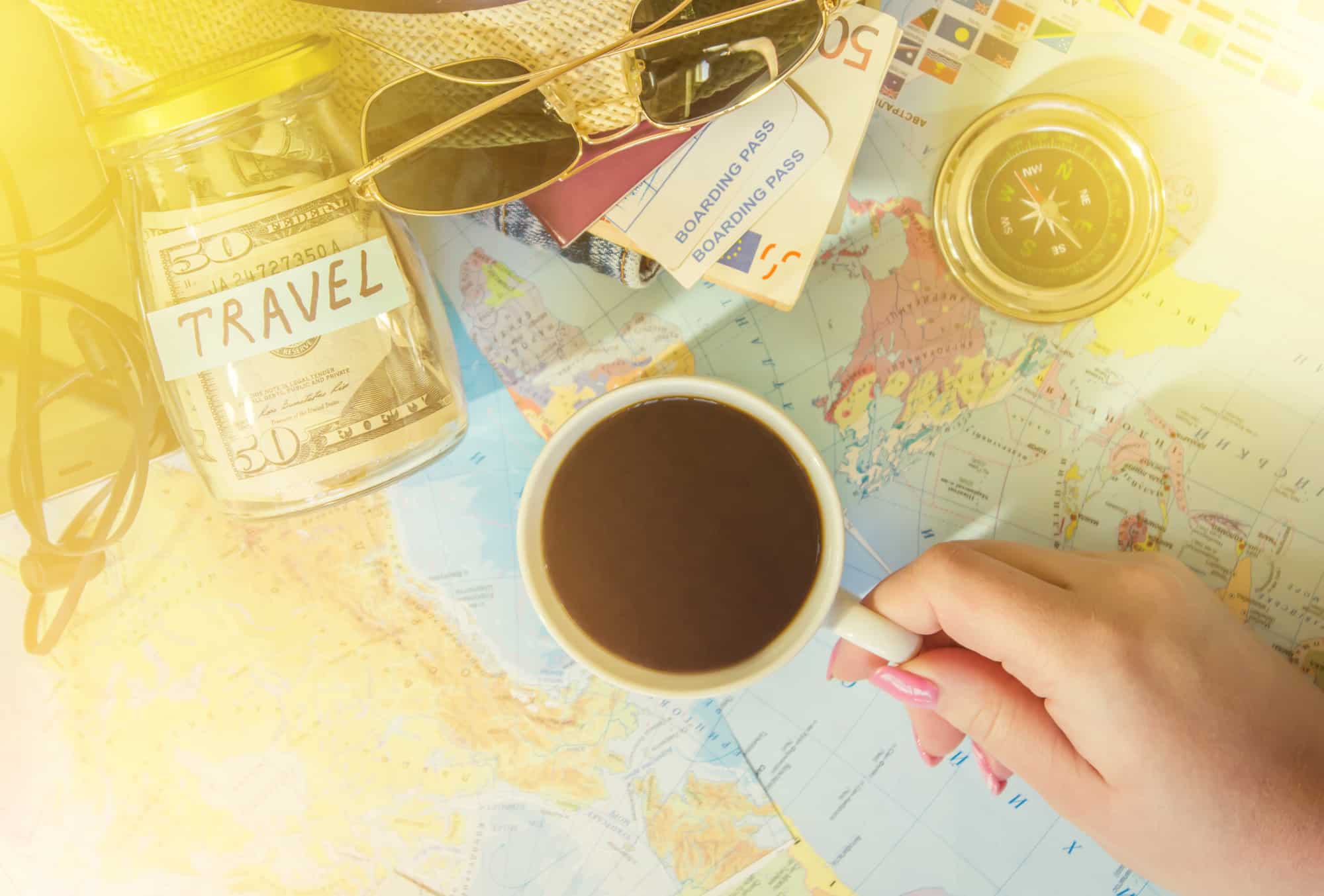 Since smartphones and credit cards became ubiquitous, the humble traveler’s cheque (or check, depending on where you’re asking the question) has fallen out of favor. However, not that long ago they played an immensely important role in the lives of travelers across the United States.

Back when there wasn’t an ATM on every corner and cash was king, they minimized the risk globetrotters faced when traveling far from home. Cash could be lost or stolen. While traveler’s cheques could be too, they could also be reported as such and subsequently replaced!

However, now it’s 2021. Credit and debit cards are as common as dental floss and the once novel utility of traveler’s cheques has worn off. So, with that said, what do you do when you find old ones laying around?

Do not throw away your old traveler’s cheques — you may still be able to redeem them for hard currency. They never expire, so if you have ownership and the cheque’s serial number has not already been redeemed, you’ll be able to cash them at participating financial institutions.

Go dig them out of the garbage if you’ve already tossed them out! Then come back here and stick around, as we’re going to explore the state of using traveler’s cheques in the modern era. 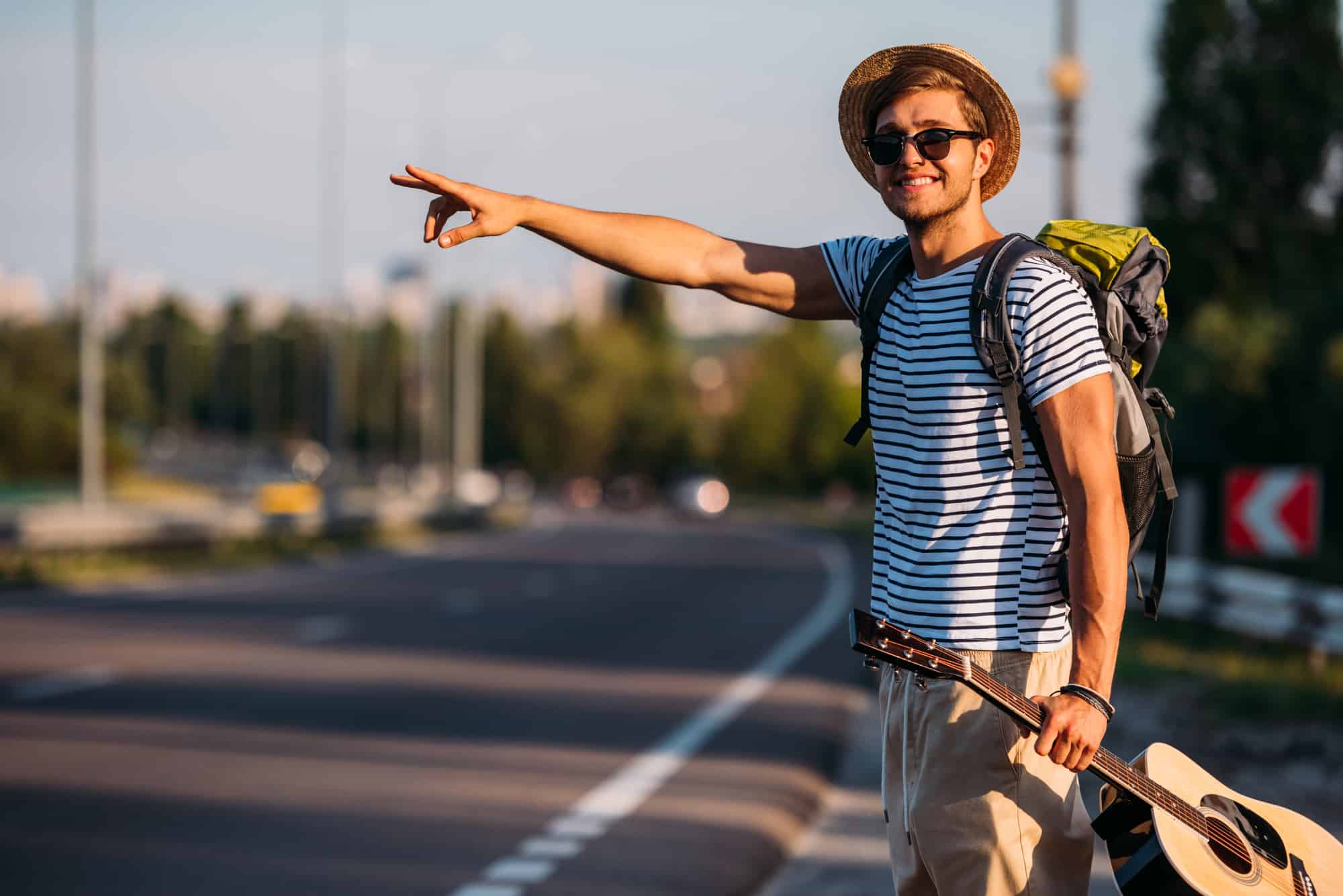 America has had a long, complicated history with hitchhiking dating back before the automobile. Decades ago, it was an acceptable form of travel with neither driver nor passenger worrying about their own safety or criminality.

Like most other aspects of life, things have changed substantially since then.

Maybe you’re considering travel by hitching yourself, or perhaps you’ve thought about picking someone up hitching while traveling on the interstate. Either way, you’re probably wondering whether or not hitchhiking is legal.

Except for national parks, there are no federal laws in the United States that restrict the ability to hitchhike. However, each state has hitchhiking laws that may restrict or outright ban the practice. As of 2021, hitchhiking is only illegal in Delaware, Idaho, Nevada, New Jersey, and Utah.

With that being said, the specific laws in each state can be unfriendly to would-be hitchhikers. I’ve compiled a list of hitchhiking laws for every US state. Let’s dig in and see what the rules are across America. 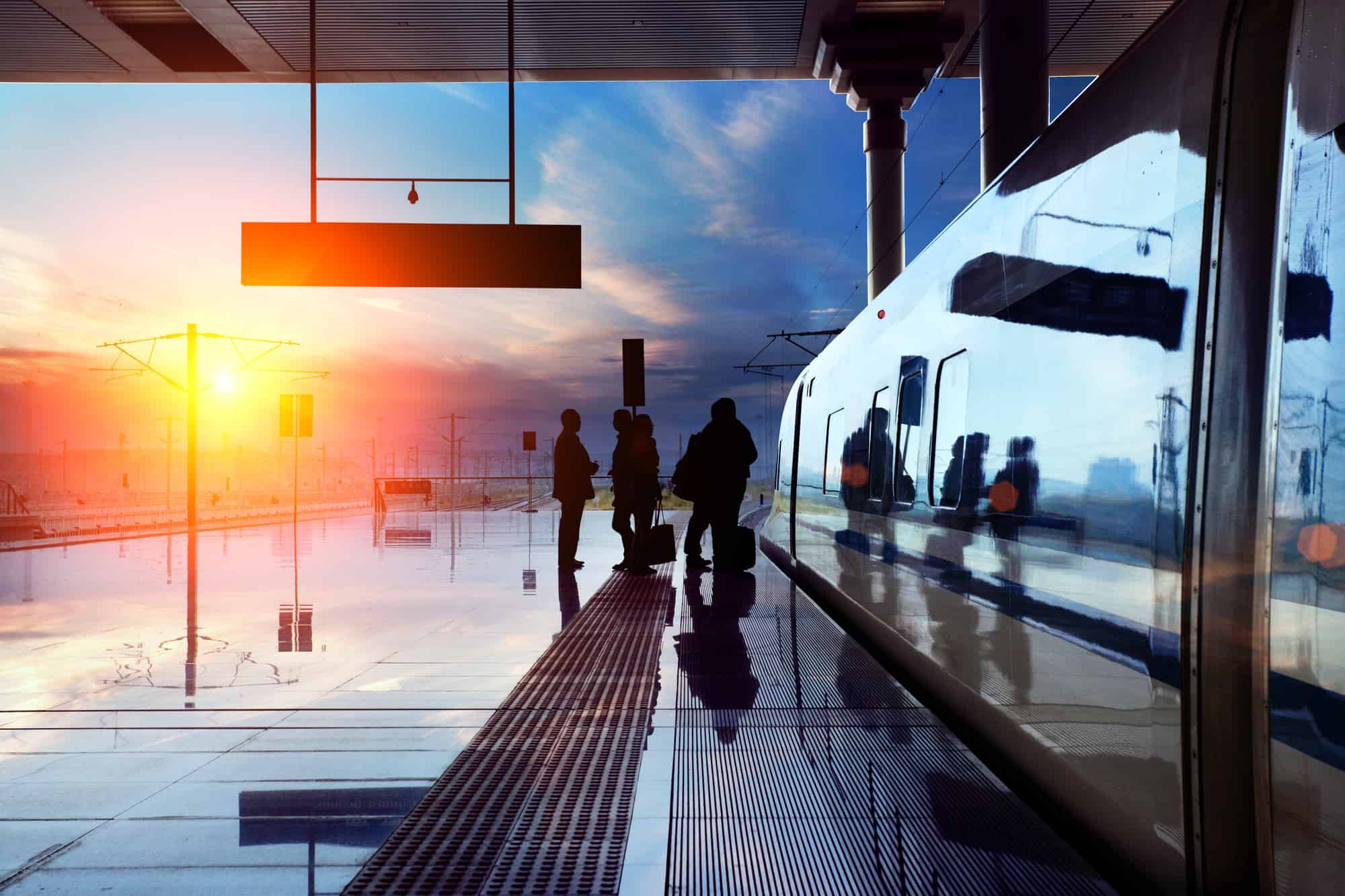 Train travel is a great way to get where you’re going while also seeing areas you otherwise wouldn’t. In fact, most of the developed world heavily travels by train. However, the United States of America doesn’t have the same type of love affair with rail as we do with automobiles.

While Europe and most of Asia has adopted not only train travel but high speed rail, America is left with antiquated infrastructure that often causes traveling by train to be slower than traveling by car. With Amtrak being the only major commercial rail travel company available, one has to ask “Why is Amtrak so slow?”

Let’s examine how fast Amtrak trains really are, then look into each contributing factor for the delays. Finally, we’ll tell you how you can help make them faster. 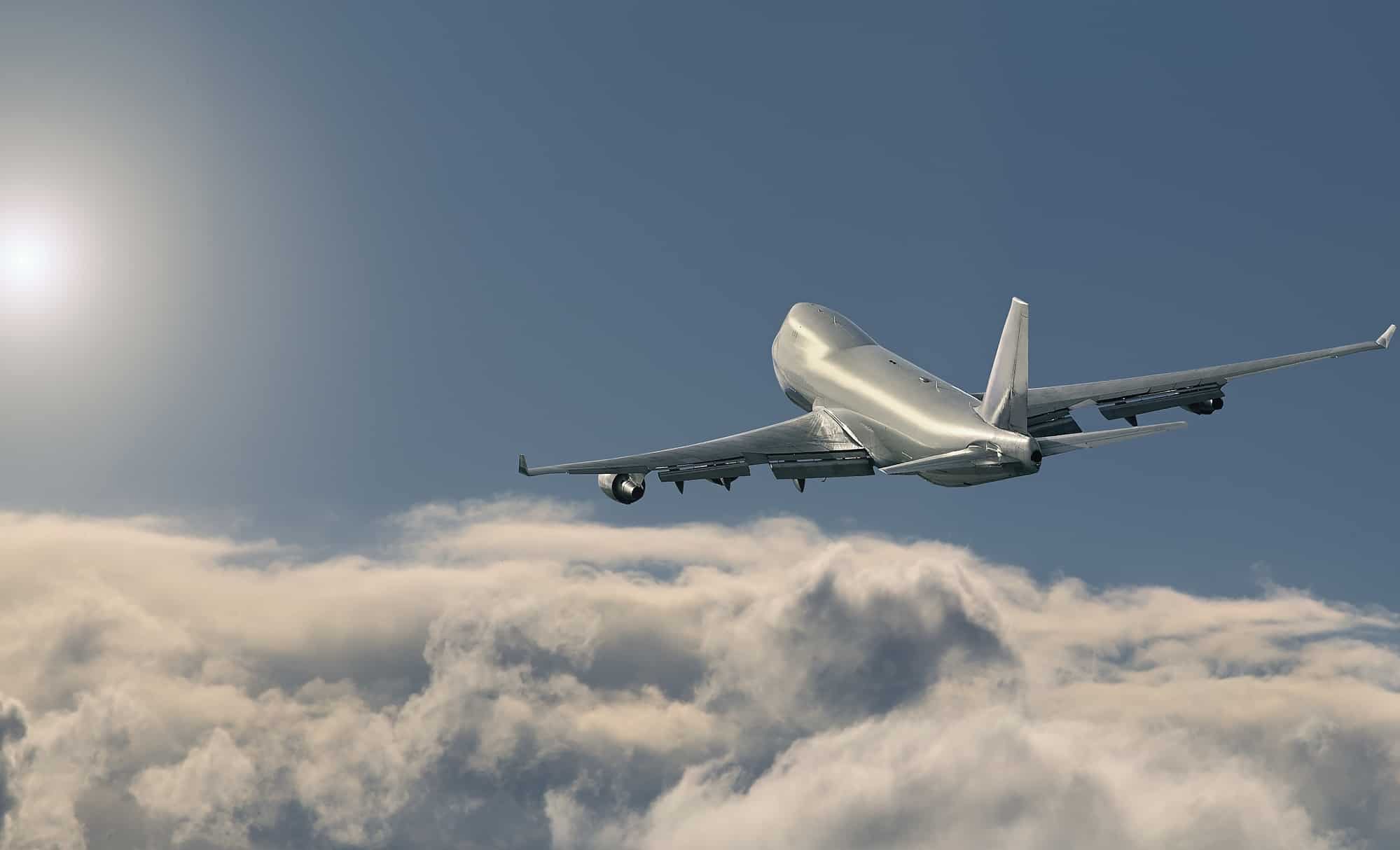 When you fly service from one location to another, there’s a good chance that the exact plane flew the exact trip just the day before. Sometimes this occurs multiple times per day!

Many people know this fact, but fewer know exactly how many flights the average commercial plane flies per day. I’ll admit fully that I didn’t either. So I did what any good travel journalist would do — I researched it.

It didn’t take a long of time — I went to high school with someone who is now involved in aircraft maintenance and repair. I simply asked him the question and then looked up what industry practices were. With data in hand, I’m happy to share how many flights a commercial plane can fly per day.

There are no hard rules about how many flights a commercial plane can fly per day — an airplane can operate for 24 hours straight if necessary. The main limitation then is the planned route, the availability of the crew, delays, and scheduled services such as changing oil and tires. In practice, a commercial aircraft generally makes a maximum of 4 flights per day.

To understand more about the stated limitations, keep reading. We’re doing a deep dive on each one to give you a better idea of what’s possible. 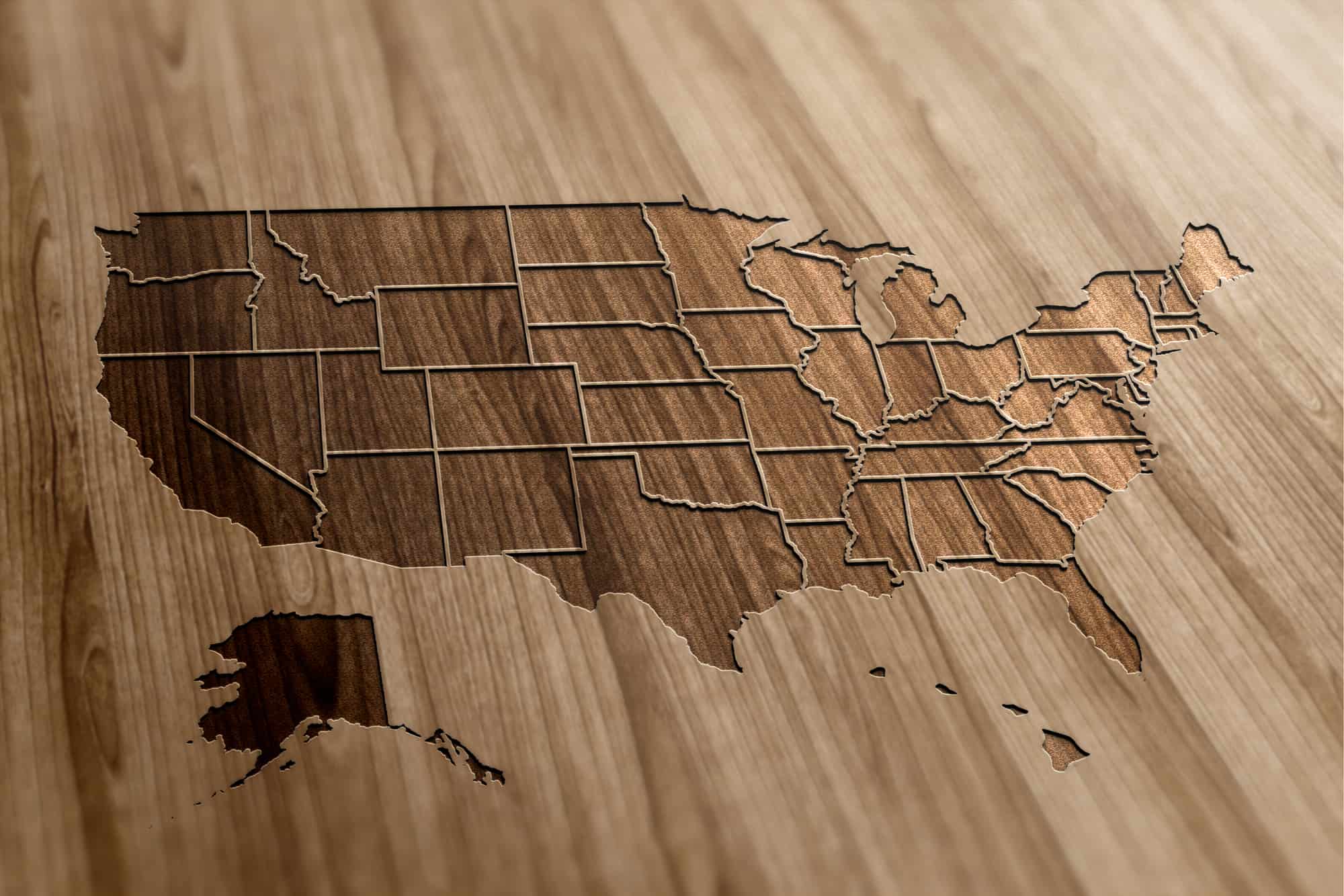 The great American road trip is an institution as old as the highway system. The country is a fantastic place to explore on four wheels, and every serious traveler should experience going from one end to the other at least once.

But I’m sure you already know that. You’ve already made up your mind to see this great nation from the driver’s seat of an automobile. However, you still need to answer a very important question.

When is the best time of year to go on a cross-country road trip?

Generally, late Spring or early Autumn is the best time to start a cross-country road trip, but it ultimately depends on your route. You’ll have much more flexibility in the American South than in the northern part of the state. With that being said, you can make almost any time of year work.

That gives you a general idea of what timeline you’re working with. However, let’s explore each season and provide some context about which times of year prove more difficult than others. 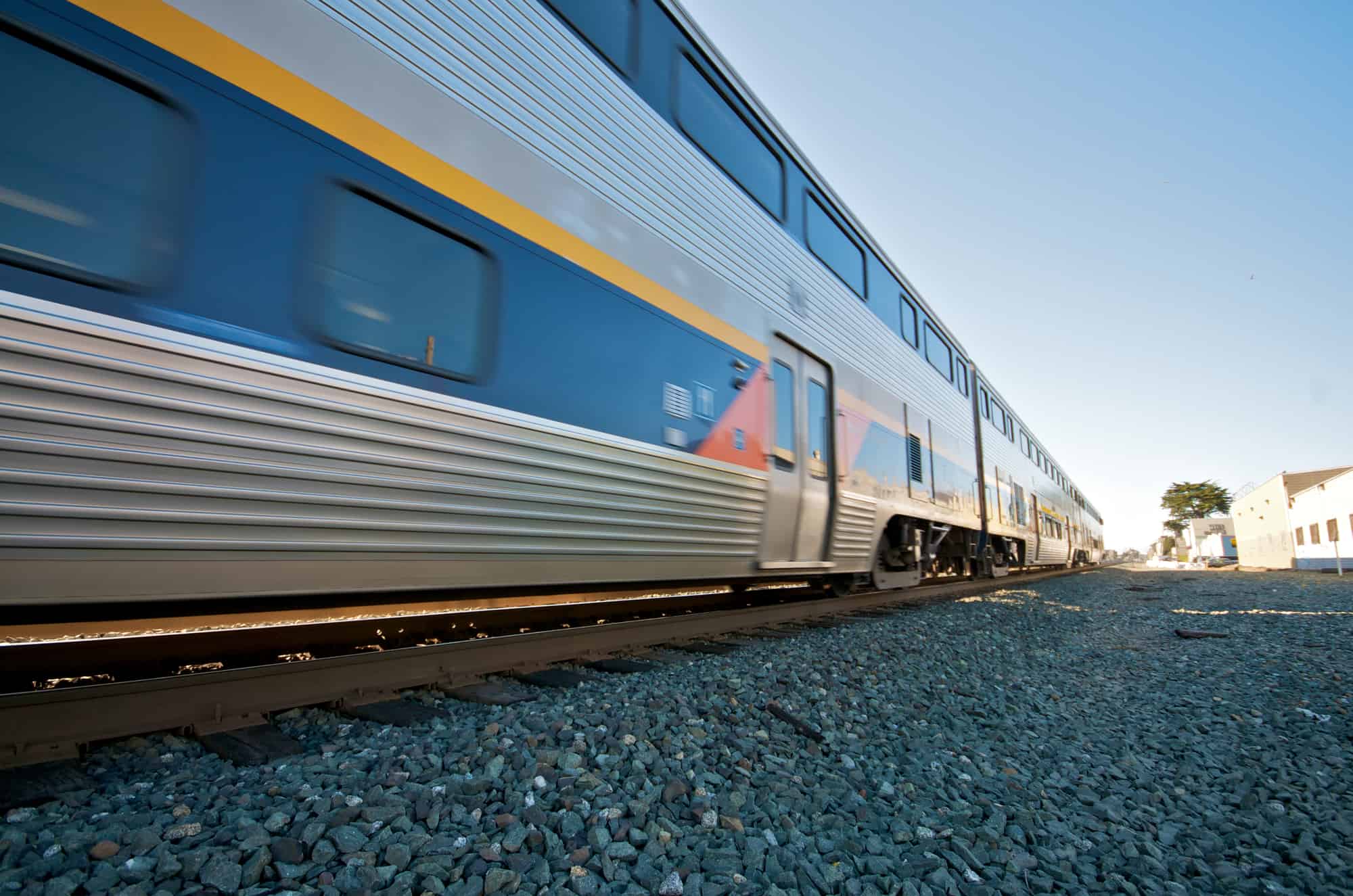 The phrase “It’s like comparing apples and oranges” is often thrown around when comparing two things. While often abused, the expression is definitely safe to pull out when considering Amtrak vs. Greyhound!

Other than the fact that both get you from point A to point B, they both offer vastly different modes of travel. But which is better, Amtrak or Greyhound?

Generally, Greyhound surpasses Amtrak in only two areas — route availability and (sometimes) price. The two are roughly matched when it comes to travel delays. While Amtrak is drastically better when it comes to comfort, amenities, safety, and cleanliness, limited routes makes it unsuitable for all situations.

But don’t take my word for it. Let’s dive into each aspect and look at some hard data.